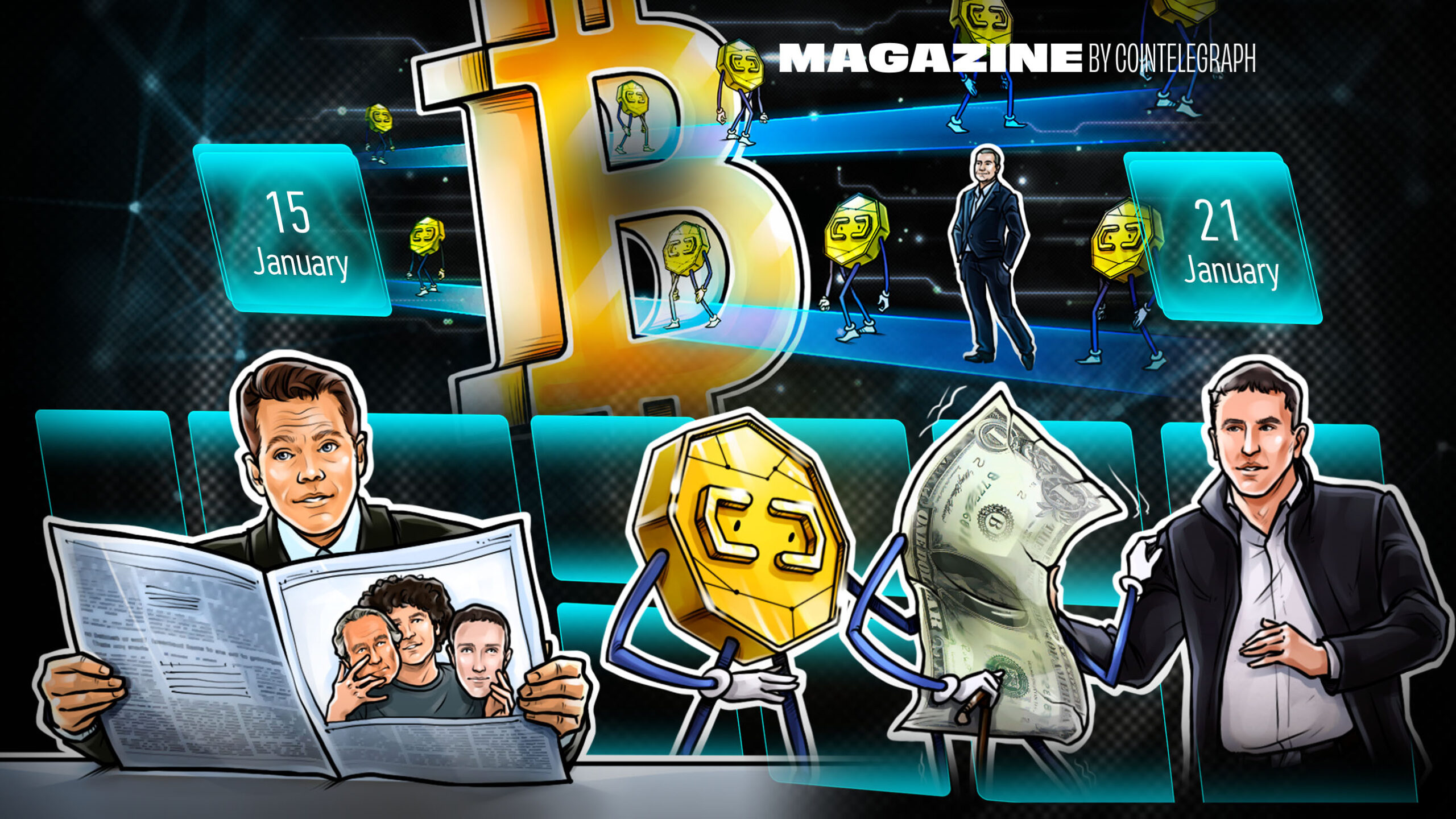 FTX contagions continue to spread through the crypto industry, with Genesis Capital filing for bankruptcy protection in New York, estimating liabilities in the range of $1 billion to $10 billion, and assets at the same level. The company plans a “dual track process,” which will pursue “sale, capital raise, and/or an equitization transaction” and enable the business “to emerge under new ownership.” Genesis’ derivatives, spot trading, broker-dealer and custody businesses are not included in the proceedings, according to the company. In an effort to maintain liquidity, Genesis parent company Digital Currency Group suspended dividend withdrawals.

Bitzlato and its founder face enforcement actions from US authorities

United States authorities have taken enforcement actions against crypto firm Bitzlato, seizing the company’s website and labeling the business as a “primary money laundering concern” connected to Russian illicit finance. As part of the case, FBI officials arrested Russian national Anatoly Legkodymov in Miami. The criminal complaint claims the firm was a “crucial financial resource” for the Hydra darknet marketplace, allowing users to launder funds, including those from ransomware attacks.

How to make a Metaverse: Secrets of the founders

Are You Independent Yet? Financial Self-Sovereignty and the Decentralized Exchange

FTX CEO says he is exploring rebooting the exchange

New FTX CEO John Ray, appointed before the bankruptcy proceedings, has set up a task force to consider relaunching FTX.com. He noted in an interview that everything is “on the table” when it comes to the future of FTX.com, including a potential path forward with regard to rebooting the exchange. In another headline in the case, former FTX CEO Sam Bankman-Fried has been accused of using his influence in the crypto industry to inflate some coins’ prices through a coordinated strategy with Alameda Research. Bankruptcy proceedings are facing challenges, as liquidators of Alameda have suffered at least $11.5 million in losses since taking control of its trading accounts..

The Central Bank of Iran is reportedly cooperating with the Russian government to jointly issue a new stablecoin backed by gold. The “token of the Persian Gulf region” would serve as a payment method in foreign trade instead of fiat currencies like the United States dollar, the Russian ruble or the Iranian rial. The new cryptocurrency would operate in a special economic zone in Astrakhan, where Russia accepts Iranian cargo shipments.

Co-founders of collapsed crypto hedge fund Three Arrows Capital (3AC), Su Zhu and Kyle Davies, are trying to raise money for a new cryptocurrency exchange in partnership with Coinflex co-founders Mark Lamb and Sudhu Arumugam. According to a pitch deck, they are looking to raise $25 million. The new exchange will be called GTX, and it will target claims against bankrupt companies, allowing customers to use claims as collateral for trading. The initiative drew criticism from the crypto community.

For more info on crypto prices, make sure to read Cointelegraph’s market analysis.

Are You Independent Yet? Financial Self-Sovereignty and the Decentralized Exchange

“Crypto is getting very interesting because we’re finally starting to see the bear of regulation coming into play and I think, long term, that’s a good thing.”

“I actually thought he [Sam Bankman-Fried] was the Mark Zuckerberg of crypto. I didn’t realize he was the Bernie Madoff. And that’s something I have to own. And so I own it.”

“What I’d like to do is to see the CFTC and other regulators provide more guidance this year and I’m very hopeful that perhaps we will see more clarity in the United States.”

“Bitcoin has just become a 24/7 VIX. It’s just a trading vehicle now for large funds who want to get in and out of risk on weekends and overnight trading hours.”

“The huge undertaking of [central bank] digital currencies is not worth the costs and risks.”

Tony Yates, former senior adviser to the Bank of England

“I don’t think DeFi is meant to attack TradFi. DeFi is supposed to complement TradFi, at least initially.”

Prediction of the Week

Bitcoin rose toward new multi-month highs, with the BTC/USD pair preserving support at $21,000, according to data from Cointelegraph Markets Pro and TradingView.

Prices moving through support or resistance are affecting sentiment, but the trading range is well defined, noted on-chain analytics resource Material Indicators. “I view the lack of BTC liquidity below $18k and above $23k as a lack of sentiment for those levels at this time,” the firm wrote on Twitter.

FUD of the Week

Silvergate reports $1B net loss in the fourth quarter of 2022

Silvergate Bank has announced a $1 billion net loss attributable to common shareholders in the fourth quarter of 2022. The digital asset bank saw significant outflows of deposits in the last quarter of 2022 mainly due to its relationship with FTX and Alameda Research. Silvergate faces a class-action lawsuit over its dealings with the crypto firms. Among the actions taken by the bank to maintain cash liquidity was wholesale funding and the sale of debt securities.

Crypto lender Nexo Capital has agreed to pay $45 million in penalties to the U.S. Securities and Exchange Commission and the North American Securities Administrators Association for failing to register the offer and sale of its Earn Interest product. According to the company, the regulators did not allege any fraud or misleading business practices. On Jan. 12, Bulgarian prosecutors began searching Nexo’s Bulgarian offices for alleged involvement in a large-scale money laundering scheme, as well as violations of Russia’s international sanctions.

Ben Goertzel has devoted his life to developing an artificial general intelligence — and outlines how he plans to massively scale blockchain to control it.

Crypto Mason is just 22, but he already has more than 1 million social media followers. And why did Lark Davis block him?

Metaverse not the endgame, but ‘ongoing digital transformation‘: Davos 2023

Leaders in the Web3 space came together at the World Economic Forum in Davos to discuss the first outputs from the “Defining and Building the Metaverse” initiative.

The most engaging reads in blockchain. Delivered once a
week.

Cointelegraph Magazine writers and reporters contributed to this article.