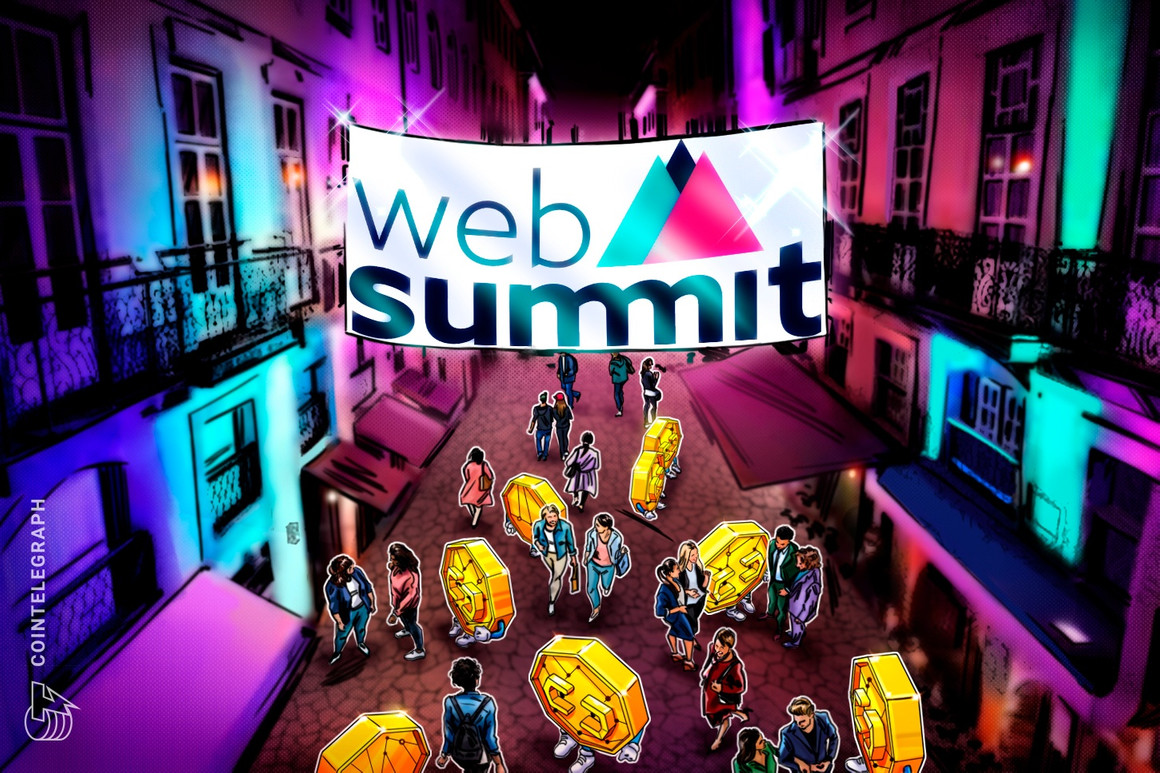 Welcome back to the day two coverage of Web Summit, one of the leading tech conferences in the world, with over 71,000 attendees on day two. The summit is live in Lisbon, Portugal, after two years. The summit is known to bring together some of the most prolific personalities from the tech world together and in 2022, it’s no different.

Web3 has increasingly become the most talked about topic in the tech world and Web Summit is no different as leading tech giants such as Apple or Microsoft continue to explore ways to integrate and transition to the Web3 ecosystem.

After an eventful first day that saw some major Web3 announcements, including the Web3 alliance to prevent malicious phishing attacks, bad actors and Web3 domain collisions. Binance CEO Changpeng Zhao talked about the importance of building during a bear market.

Cointelegraph’s editor-in-chief Kristina Lucrezia Cornèr sat down with crypto executives to discuss the emergence of Web3 tech hubs around the world. Check everything that happened on the first day from our live article, brought to you directly from our ground team.

The Cointelegraph team is back on the ground to bring you some of the latest and exclusive insights from the event.

Web Summit day two kicked off with a discussion around nonfungible tokens (NFTs) and how these digital properties and ownership could become a way of life in the near future.

Disclaimer: Don’t forget to check this article regularly to get notified about the most recent announcements from the event.

11:00: Crypto data analytic firm Chainalysis’s co-founder Michael Gronager was next on stage to discuss how crypto crimes have evolved over the years. Gronager noted that although the number of crypto crimes has gone down, the value of assets stolen in hacks has risen. At the same time, laundering through crypto still remains one of the most difficult tasks.

Borget said the popularity of metaverse and virtual worlds are rising because of the certain limitations in the physcial world. The idea that people can meet up in virtual world in different avatars and interact with anyone instantly makes it appealing.

10:45: Cointelegraph’s Gareth Jenkinson sat down with The Sandbox co-founder Sébastien Borget to discuss the future of the decentralized metaverse. Borget revealed that the land sales in The Sandbox metaverse will begin next week with “major brands,” but he cannot say much about that. Hop onto our latest Twitter thread to get grainer insight from the chat.

Land sales on @TheSandboxGame will resume next week with “major brands” but he cannot say much about that @borgetsebastien’s goal is to have “one user, one land” in the game. pic.twitter.com/IOGwOwVXx6

10: 40: The second day kicked off with Yuga Labs CEO Nicole Muniz discussing the future of NFTs and why they could become the future of digital ownership. Be it privacy, interoperability and identity, everything is associated with ownership, and Web3 would make way for that sort of ownership.

Cointelegraph’s reporter Gareth Jenkinson is on the ground with the Sandbox co-founder Sébastien Borget to discuss some of the key developments around the project during a panel discussion, so stay tuned.

The Cointelegraph team is live on the ground in Lisbon, starting the day with some coffee and local delicacies.

We can’t have enough of you @WebSummit

We Started the day with some coffee and Portuguese pastries

Should fuel us to cover a few panels before lunch pic.twitter.com/UfamAMSsEi