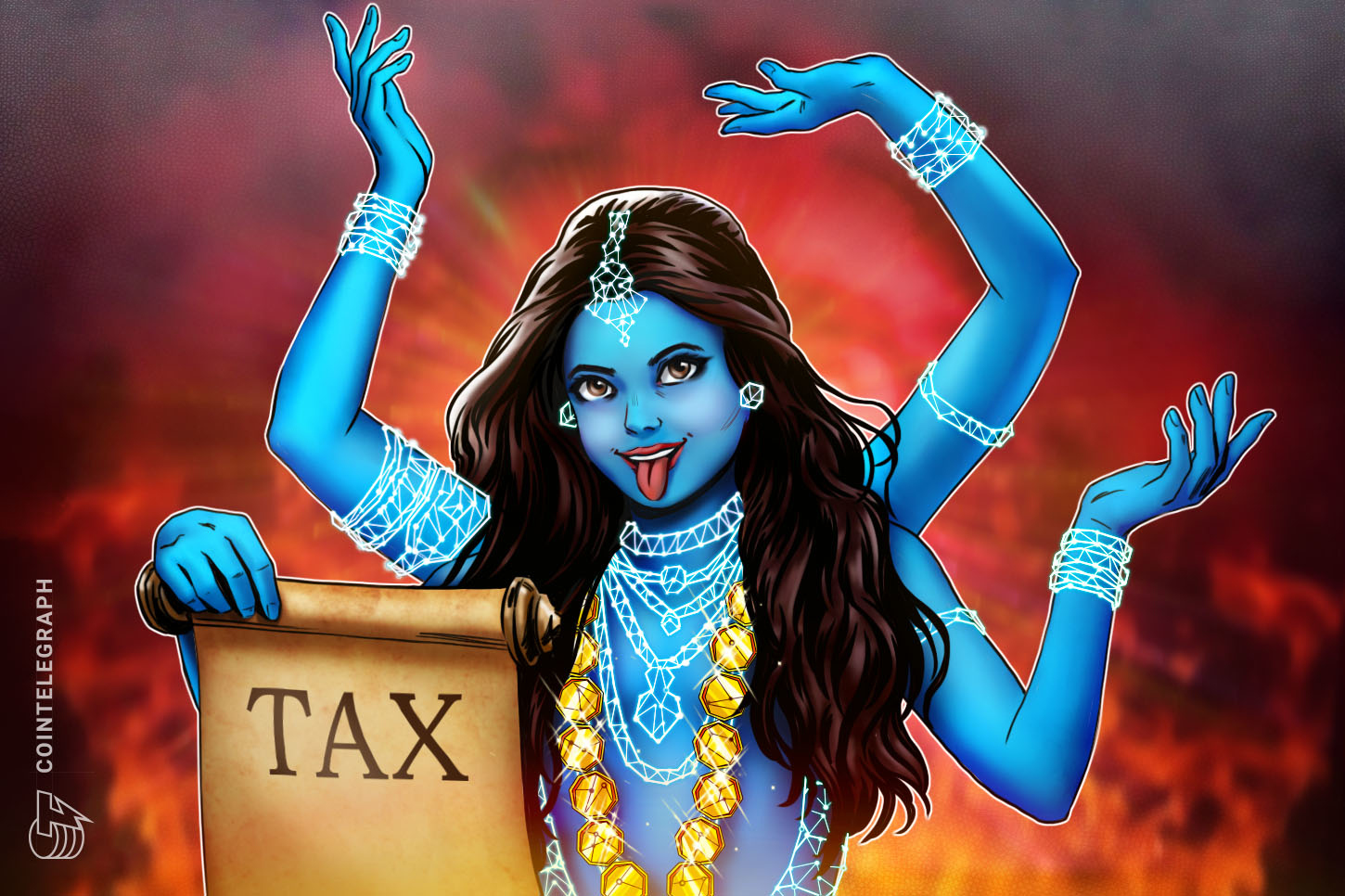 India’s first crypto law, which requires its citizens to pay a 30% tax on unrealized crypto gains, came into effect on April 1. A commotion among the Indian crypto community followed as investors and entrepreneurs tried to decipher the impact of the vague announcement with little or no success.

Knowing that India’s second crypto law — a 1% tax deduction at source (TDS) on every transaction — would translate into an even greater impact on trading activities, numerous crypto entrepreneurs from India considered moving bases to friendlier jurisdictions.

Within just days of implementing India’s infamous crypto laws, crypto exchanges in the region reported a massive slump in trading volumes. Nihal Armaan, a small-time crypto investor from India, told Cointelegraph that taxation is not a deterrent when dealing with cryptocurrencies.

Instead, he compared the imposition of a flat 1% tax as a way of capital lock-in, a feature used by corporates to prevent investors from taking away their funds, adding that “The TDS isn’t the issue, the amount of TDS is — since it evidently reduces the number of trades a person can carry out with their capital at hand.”

Kashif Raza, founder of crypto education startup Bitinning, told Cointelegraph that implementing TDS is a good first step in ring-fencing the crypto industry in India. While Raza added that investors like himself who trade less might not feel the repercussions of such a law, he did acknowledge that “the amount of TDS is a topic of debate as there are many active traders in the crypto industry who have been affected by this decision.”

Contrary to the popular belief of trade slowdowns, Om Malviya, president of Tezos India, told Cointelegraph that he envisions little to low disruption for long-term investors. Instead, he expects pro-crypto reforms in the current laws over the next three to five years. While awaiting friendlier tax reforms, he advised investors to gain a deeper understanding of the technology, adding, “Even the users from smaller cities will be forced to study the cryptocurrency, study about the team and technology and the fundamentals behind it, and then make any investment or trading decision.”

Rajagopal Menon, vice president of crypto exchange WazirX, told Cointelegraph that despite falling trading volumes, the exchange continues to focus on complying with the new taxes rules and meeting the standards set by the local regulators, adding, “The TDS will not affect the serious crypto investors, a.k.a, hodlers, as they have a long-term horizon in mind.” In 2021, the exchange witnessed over 700% growth in signups from smaller cities such as Guwahati, Karnal and Bareilly.

However, Anshul Dhir, chief operations officer and co-founder of EasyFi Network — a layer-2 decentralized finance (DeFi) lending protocol — told Cointelegraph that unless the Indian government introduces friendlier crypto regulations with prolonged exposure to taxes, passionate investors may join crypto entrepreneurs in the exodus away from India.

Crypto taxes and the creation of long-term holders

While the crypto trading volume has seen a drastic reduction across Indian exchanges, it indicates investors’ willingness to hold on to their assets until pro-crypto regulations kick in.

In order to ensure profitable trades, Indian investors speaking to Cointelegraph revealed that they have been waiting for a bull market to sell a part of their holdings for profits. Concurring with this change in the present investor mindset, Malviya added that “if you want to pay this amount of high taxes, you have to be really sure that your investment is going to be worth more than what you’re more than today.”

Armaan reiterated that the TDS itself is not a deterrent to crypto traders, but “the 30% tax on profits without the provision to set off losses is harsh and discourages any new trader even to try trading in the cryptocurrency industry.” Even though many Indians welcomed the tax regime, as it gives a sense of legitimacy to the crypto industry in the country, Dhir believes that “the tax rate is a deal-breaker and will cause a lot of prospective investors to hold their investments in virtual digital assets.”

On this front, Menon warned investors against trying to find loopholes in the law by using foreign exchanges, peer-to-peer sites and decentralized exchanges. Regardless of the platforms used, all Indian citizens are liable to pay the TDS; failure to do so would result in non-compliance with the existing tax laws of the land.

The slowdown in trade volumes was accompanied by a drop in liquidity, which also impacted the global liquidity for the overall crypto ecosystem.

Central banks worldwide seem to have unanimously agreed on either experimenting with or launching their own versions of central bank digital currencies (CBDC). India, on that front, is expected to introduce a digital rupee by 2022–23. According to the country’s finance minister, Nirmala Sitharaman, it is expected to provide a “big boost” to the digital economy.

While CBDCs fundamentally differ from how cryptocurrencies operate, governments are in a race to create a fiat-based system that incorporates the best features offered by the crypto ecosystem. Raza added that a CBDC backed by the Indian rupee “will help in faster and cheaper inward remittances and global payments” but doubts its acceptance as a store of value by retail.

As pointed out by Malviya, CBDCs are well suited to cater use cases that demand immediate issuance of funds, adding, “but it is not going to void the case for cryptocurrencies essentially.” Dhir, however, believes that CBDCs will complement the digital asset industry, particularly the DeFi projects. Moreover, India’s central bank, the Reserve Bank of India, needs to formulate policies conducive to innovation and growth and highlight the positives of the budding technology to the general public.

For many, India’s crypto taxes seem like a proactive move to discourage trading. Still, speaking from an investor’s point of view, Armaan argued that the government did the best they could in terms of explaining the tax structure with the information they had at their disposal.

Friendlier tax reforms are a waiting game for Indian entrepreneurs and inventors, but both communities have to be compliant while preparing for greener pastures. For investors, this means educating themselves about the ecosystem and best practices for trading. Armaan’s approach in the current scenario is to have low allocation and a systematic investment plan approach to investing.

In addition to being watchful of the market developments, Dhir advises the community to engage with the government in their own capacities with a positive frame of mind and not engage in antagonistic banter on social media. “The new use cases, new projects and new products are only going to come out and this space is only going to get bigger. So if you do want to part or not, you have to do your own research, and you have to be committed,” added Malviya.

Menon recommended that entrepreneurs keep engaging with the government in the hopes that it will tweak its policies one day. “Parallelly, all the developments need to be shared with the government as well, so they are aware of the innovation happening in this space by the talent at home; this may have an overall positive impact on the industry at large,” added Raza.

Furthermore, Malviya stated that entrepreneurs must be committed to the cause as they strive to build solutions catering to a growing number of use cases, adding that “you don’t necessarily have to focus on shifting out of India; I think the first focus should be what problem you’re trying to solve.”

In the meantime, investors are hopeful for constructive frameworks around cryptocurrencies to help weed out bad actors from the equation.