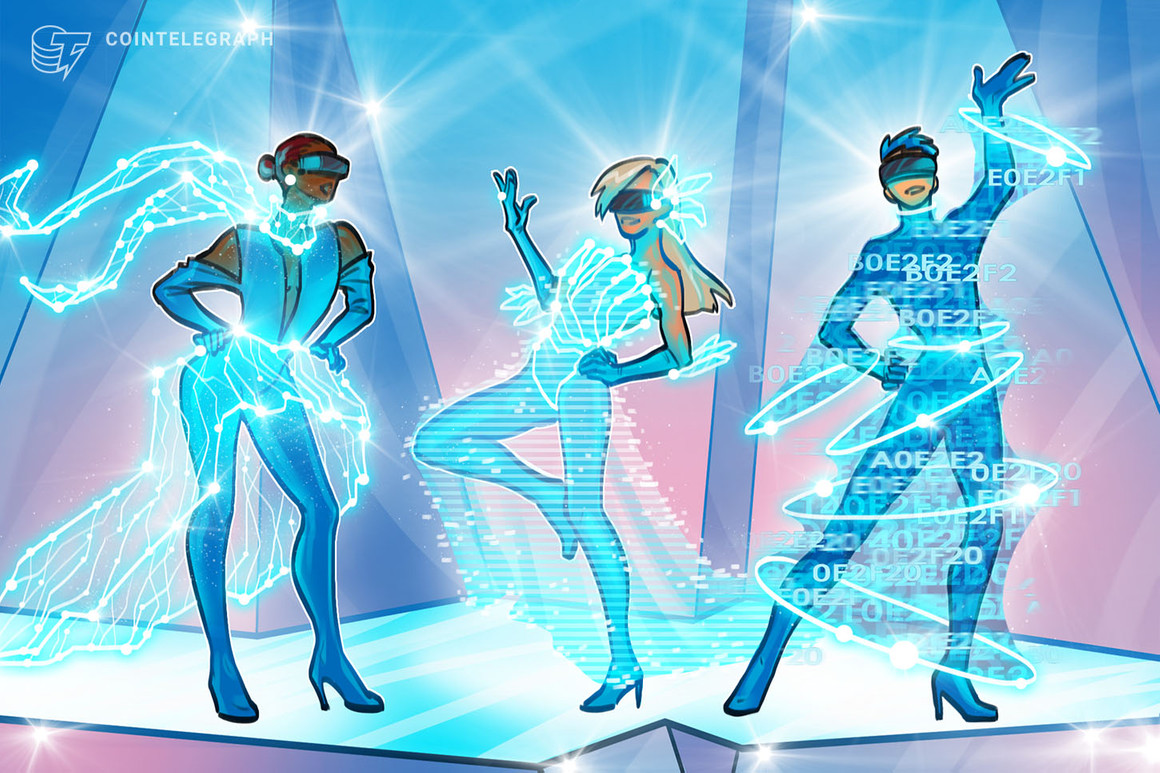 The idea underlying digital fashion can be difficult for many to grasp since buying/trying out clothes that only exist in a virtual world can seem quite strange at first. However, with this niche market continuing to gain a lot of traction recently, many experts are beginning to view the idea of the Metaverse reshaping the future of fashion a lot more seriously.

For example, as per a recent study, clothing existing solely in the digital world was found to be way more environmentally friendly than its physical counterpart, with the former emitting 97% less CO2 and consuming approximately 3,300 liters of water less per item. Not only that, but there is also data to suggest that by replacing physical samples with digital ones during a company’s design and development phases, it is possible to reduce a brand’s carbon footprint by a whopping 30%.

Furthermore, the use of digital clothing can be highly useful during the various steps preceding the actual physical production of a garment. For example, these virtual items can be used for modeling, sampling and marketing before their physical iterations are sent into production, thus greatly minimizing the overall environmental impact of the entire lifecycle of a fashion item.

Lastly, when it comes to the sales side of things, digital models of clothes can help alleviate problems associated with overproduction, something that is widely considered to be a major roadblock within today’s fashion industry.

The appeal of digital fashion

To gain a better idea of whether the idea of digital fashion is just another passing fad or a phenomenon that’s here to stay, Cointelegraph reached out to Lokesh Rao, CEO of Trace Network Labs, a project enabling brands to explore Web3 products and services. In his view, as the Metaverse continues to evolve, it will indeed influence and revolutionize the fashion industry, adding:

“The industry has realized that the virtual world, despite being based on imaginary creations, actually has profound utility when it comes to garments. The evolution of design technologies allows creative freedom for all designers, but some clothes they design can never be worn in the real world. The Metaverse removes this hurdle — a digital avatar can wear any garment without any constraints of type, design, fabric and use.”

He further added that the intangibility aspect of fashion when it comes to the Metaverse, such as no need for physical clothes, makes it easier for users to experiment and create lavish wardrobes for themselves, way grander than what would be possible in the real world. Furthermore, since the clothes are in the form of digital collectibles or nonfungible tokens (NFTs), they can be freely traded across open NFT marketplaces, adding to their long-term value which many physical or second-hand clothing items do not possess.

However, Rao believes that the most important utility of the Metaverse in relation to the fashion industry is that in a digital world, users can deploy their avatars to visit different stores and try different clothes before making a purchase decision. “This is far better than having a brick and mortar store in multiple areas, which is an expensive proposition,” he noted.

From the outside looking in, the Metaverse enables companies, labels and fashion houses to reap a host of advantages such as having a borderless presence that transcends physical limitations, creating brand awareness globally using digital means and retailing “phygital” clothes while delivering convenience to their customers.

On the other hand, consumers are afforded many benefits as well. For example, they can try on clothes at their own convenience, time and place, order garments from a virtual store either in physical format or as an NFT, get physical deliveries processed from anywhere in the globe and maintain their ownership on the blockchain forever.

The future of fashion could be redefined

Frank Fitzgerald, founder of Pax.World — a platform that allows users to create their own metaverse — thinks that the merging of these two world’s could have a massive impact on the fashion industry. He told Cointelegraph:

“From new revenue generation streams to shaping what fashion looks like in the real world based on what is happening in the Metaverse, it will be a cultural revolution not only in fashion but also within the art industry as well.”

Fitzgerald noted that the younger generation is the key demographic for digital fashion, especially those individuals who see their digital representation as being an integral part of their social identities.

He said that while older generations (30+) may find these ideas hard to digest, there is reason to believe that, over time, more people will come aboard. “Over the next decade, I can see a whole generation of 20 and 30 year olds being very conscious of their digital representation and what that expresses to their colleagues and friends,” he stated.

Not everyone is sold on the idea

Stepan Sergeev, founder of OneWayBlock — the company behind blockchain-based game Clash of Coins — does not buy into the idea of digital fashion taking over the world anytime soon. He told Cointelegraph that as things stand, most people indulging in fashion — high street or otherwise — aren’t really hanging out in the Metaverse yet, adding:

“The point of buying a designer dress, for example, is to have people see you wearing it. If the Metaverse doesn’t yet have enough people in there to see it, its social value is lost. So, unless there is a mass migration of people to the Metaverse, I don’t see that happening. We can maybe see it changing fashion in that people can see more detailed designs of real-life pieces but I don’t think we’ll all be buying NFT dresses the way we do regular ones.”

He likened the current state of the digital fashion industry to gamers buying custom skins in video games, making the items relevant only within specific environments. “If things really pick up for the fashion sector and the average person is rushing to buy fashion NFTs the way they are to buy the latest sneaker or handbag, then it might be possible.”

Sergeev believes that the metaverse fashion phenomenon is most likely a passing fad that major clothing houses and brands have adopted in order to keep up with the times and stay up to date with the latest digital developments.

Sasha Tityanko, deputy CEO and art director for social VR platform Sensorium Galaxy, told Cointelegraph that while the Metaverse may be able to add to the fashion industry’s existing experiences, it will not come close to revolutionizing it. In her view, fashion brands thrive on change and making bold moves, and setting new standards is just the essence of their business. She noted:

“Virtual worlds offer creative opportunities — a white canvas free from stereotypes and social limitations. At its core, the Metaverse is an environment that encourages people to experiment and be creative in their endeavors.”

Fashion labels enter the Metaverse at a rapid pace

Over the course of 2022, a number of major brands such as Adidas, Nike and Gucci have reportedly been able to generate $137.5 million in NFT sales alone. Dolce & Gabbana bagged the record for the most expensive suit ever sold, a digital Glass Suit, which fetched the fashion giant a cool $1 million late last year.

Tityanko believes that as the gap between real and virtual continues to narrow and Web3 brings along new technological advancements, average consumers will increasingly have more choices to express themselves.”While not everyone can afford to buy a Balenciaga dress in real life, you might pick one for yourself in the digital world,” she added.

She further noted that many fashion houses like Gucci, Burberry and Louis Vuitton already have sizable teams in place dedicated to exploring and testing the Web3 space as many brands realize the potential of the digital market. “According to research by Vice Media Group, Gen Z spends 2X as much time on socialization in digital spaces than in real life,” Tityanko stated.

Thus, as we head into a future dominated by decentralized technologies, it will be interesting to see how the future of the fashion industry continues to play out, especially as more and more brands continue to enter the Metaverse with each passing day.

This CRYPTO will make MILLIONAIRES | Don’t do this in Crypto Investment | Cryptocurrency
Microsoft Gives Grant To Blockchain-Based Web3 Game StarHeroes As Historic Partnership Gets Underway
What is Chainlink VRF and how does it work?
Bitcoin price sees $24K, Ethereum hits 2-month high as US inflation shrinks
Bitcoin drops to support as looming CPI print shakes up crypto and stock markets