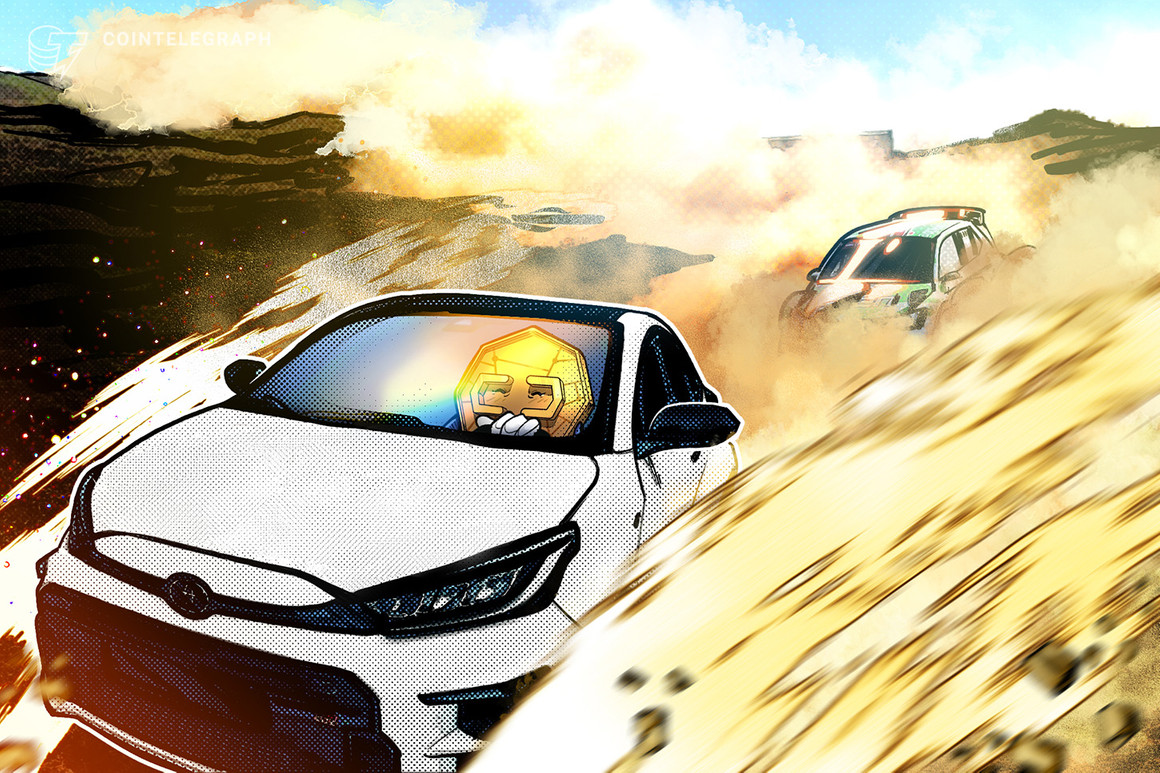 Bulls officially made their claim clear today as Bitcoin price rallied 4.18% to $49,163 and captured the attention of investors who’ve been waiting for (BTC) to reclaim the $50,000 mark.

The uptick in bullish momentum translated into a wave of green candles from altcoins and the majority of the tokens in the top 200 registered gains.

Data from Cointelegraph Markets Pro and TradingView shows that the biggest gainers over the past 24-hours were Syscoin (SYS), TrustSwap (SWAP) and PARSIQ (PRQ).

The best performing coin over the past 24-hours has been Syscoin, a platform that offers low-cost tokens, assets and NFTs secured by the hash rate and censorship resistance of the Bitcoin network.

VORTECS™ data from Cointelegraph Markets Pro began to detect a bullish outlook for SYS on Aug. 15, prior to the recent price rise.

As seen in the chart above, the VORTECS™ Score for SYS climbed into the green on Aug. 15 and reached a high score of 72, around four days before its price increased by 96%.

The sudden surge in price comes as the Syscoin protocol celebrates its seventh year of operation and is preparing for the upcoming upgrade to Taproot, which will go live in November.

TrustSwap pops ahead of its NFT drop

TrustSwap is a distributed protocol that refers to itself as a “full-service digital asset ecosystem” that offers the promise of bringing a new evolution to decentralized finance (DeFi). It specializes in the creation of multi-chain token swaps and is rapidly expanding to include staking features, the ability to mint new tokens and an in-house launchpad.

According to data from Cointelegraph Markets Pro, market conditions for SWAP have been favorable for some time.

As seen in the chart above, the VORTECS™ Score for SWAP had been in the green for the majority of the past week and reached a high of 78 on Aug. 16, around 68 hours before the price increased 51% over the next day.

Excitement for the token has picked up over the past couple of days thanks to an upcoming NFT drop scheduled to occur on Aug. 21.

PARSIQ, a blockchain-based analytics platform, rallied by 38.53% over the past 24 hours.

VORTECS™ data from Cointelegraph Markets Pro began to detect a bullish outlook for PRQ on Aug. 18, prior to the recent price rise.

As seen in the chart above, the VORTECS™ Score for PRQ climbed into the green on Aug. 18 and reached a high of 71 roughly 26 hours before its price surged by 70% over the next day.

The rapid price escalation came following the release of PARSIQ’s ‘User Defined Streams’ which allow projects and developers to “import their contract and select what contract events they want to enable Smart Triggers for, immediately upon deployment of their contract.”

Crypto Stories: The late John McAfee tells the story of how he first found out about Bitcoin
How much is Bitcoin worth today?
Bullish on Bitcoin, US Senator Ted Cruz wants Texas to be a crypto oasis
Bitcoin bears beware! BTC holds $17K as support while the S&P 500 drops 1.5%
Ankr confirms exploit, asks for immediate trading halt